When you met your partner, you felt a tremendous sense of passion toward them. This manifested on both an emotional and physical level. The two of you were inseparable, and you couldn’t keep your hands off each other. You got married and felt like you were on top of the world. You couldn’t imagine you’d ever be in a sexless marriage.

But things have changed.

Over time, you’ve found yourself coping with a no-sex marriage. Things have sputtered out. The relationship is still intact, but you’ve lost that necessary intimacy you need to keep your love alive. Don’t sit back and accept a sexless relationship as normal. You can not only learn how to survive a sexless marriage without cheating – you can learn to reconnect with your partner and bring back the passion.

Want to get more relationship advice from Tony?

What causes a sexless relationship?

Most couples don’t choose to be in a sexless relationship. It’s often something that happens gradually – the newness of the relationship wears off and the passion goes with it. New relationship stressors appear, like long work hours, financial stress or a new baby, and you never seem to recover. Weeks turn into months with no intimacy, and you find yourself in a no-sex marriage.

A sexless marriage can also be caused by both emotional and physical health issues. Depression or stress, as well as many medications, can decrease libido. You may also find your libidos were mismatched to begin with, or that you’re never “in the mood” at the same time. And if you’re constantly in conflict, you may rarely feel in the mood.

But what’s wrong with this description of a sexless marriage? You’re not taking responsibility for your life. You’re not addressing the root problem and asking yourself what you could be doing to fix it. Even health issues can be overcome with the right strategy to create intimacy in new ways. You’re wondering how to survive a sexless marriage without cheating when the real question is, how can my marriage thrive again?

Can a sexless marriage survive?

The short answer is that yes, a sexless marriage can survive – but it can come at a cost. If one partner desires sex but the other is uninterested, lack of sex can lead to decreased intimacy and connection, feelings of resentment and even infidelity. Even in situations where both partners are on the same page – both have low sex drives, there is a physical distance like military deployment or a disability or medical condition causing the sexless marriage – the couple must be vigilant about creating intimacy in other ways.

If you’re in the first type of sexless marriage – one where uneven sex drives or other relationship problems are making you feel disconnected and unloved – it’s essential that you work on restoring passion and intimacy. Often, a sexless marriage can survive only because the partners convince themselves it’s normal, and they must keep a brave face. Don’t fall into this trap. While everyone responds to losing the physical aspect of their marriage in a different way, do not let it become the new normal.

How to fix a sexless marriage

First, change your mindset. Instead of agonizing over how to survive a sexless marriage without cheating, commit to reigniting that lost sense of passion. Learn what you can do in a sexless marriage that will allow you to regain that physical intimacy and connection.

Examine the roles you and your partner have taken on in your marriage. Have they changed over time? Did the partner with feminine energy take on a new role that requires more results-driven traits? Has the masculine energy source had to step down from being the provider?

If you’ve begun asking whether your sexless marriage can survive, you and your partner may have already been embodying energies that don’t suit you for a long time. Perhaps the masculine partner needs to feel that they are providing for your family more, or the feminine partner wants to feel able to care for the masculine partner. Returning these energies to where they belong – again, regardless of your physical genders – will help push the emotional dial of your relationship back toward passion.

A sexless marriage is often a comfortable marriage. When you settle down together and move past the phase where every day is full of excitement, you get lazy. The passion fades.

Think of all the little things you used to do for your partner before you were married. You probably brought them little gifts and told them how much they meant to you. You planned date nights and excursions. Now you can hardly remember the last time you planned a special date night for your partner.

Prove to your partner that you’re their biggest fan who would do anything for them. Surprise them when they least expect it – it can even be with something like their favorite latte during lunch hour or picking up dinner on your way home. Mind-blowing, passionate relationships take work, and you must be willing to put in the time and commitment it takes to not only survive a sexless marriage but see it thrive.

3. Communicate with each other

Can a sexless marriage survive? Yes, but only if you communicate with the one person who can truly help you turn it around: your partner. Have you brought this issue up with them? Are they also unhappy with how infrequently you’re being intimate? Or have you been simmering in silence, letting your resentment build and further relinquishing any hope you have of rekindling your passion?

Chances are, your verbal and emotional communication is lacking, which has led to your sexless marriage. Did something occur that eroded your ability to speak freely with each other like you used to? Is it something serious like infidelity, or are you both coping with new stresses at work or at home?

Commit to speaking up and asking them how they think and feel about the situation. Wading into this territory with them is frightening but necessary. When you’re able to communicate on a mental and emotional level with your spouse, you’ll create a deeper physical connection, too, so find a way to positively address the issue and create a plan to move forward together.

4. Let yourself be vulnerable

Communication will only improve your connection if you’re willing to be completely open and honest. Absolute courage and vulnerability is one of the Five Disciplines of Love, and it’s one of the most difficult for many people to embrace. Yet being willing to be vulnerable is the only way to create true intimacy in a relationship – and a sexless relationship is about intimacy more than it is about sex.

Sex and intimacy aren’t the same thing – but they are inextricably linked. Sex is tied to intimacy, which is tied to how much you’re willing to give of yourself. If you’re not willing to share your truth and be empathetic to your partner’s truth, you’ll never be able to fix your sexless marriage.

5. Keep an eye on your relationship 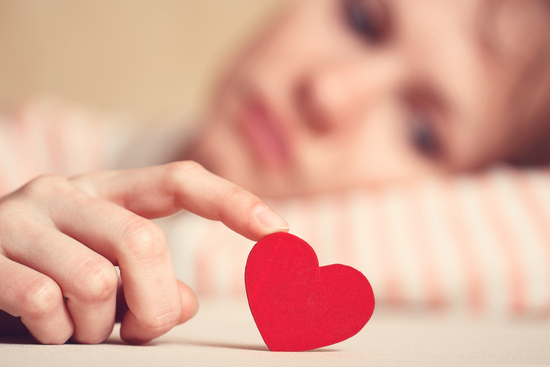 Working together to go from learning how to survive a sexless marriage without cheating to learning how to fix it is an important step, but your work isn’t over yet. It is vital to remember that your relationship changes over time. Depending on the situations and stressors in your life, you will have days when you’re physically closer with your partner and days when you need space. The secret is to continue reassessing your physical and emotional needs together, as a loving unit, and making adjustments as necessary.

It’s important to stop living out old stories – let go of past mistakes! Don’t keep punishing your partner for something they said and did that you’ve already discussed, and don’t hold on to limiting beliefs about yourself, either.

You aren’t the same people you were when you met, because you’ve both grown and changed. This isn’t a bad thing. A sexless marriage can survive, but a healthy, successful marriage embraces changes and continues innovating in the relationship. The things your love life needed in the beginning aren’t the same as what it needs now. As long as you’re willing to communicate openly and honestly with your partner, you will be able to revive and sustain the sexual intimacy in your marriage.

Is sex once a month considered a sexless marriage?

How long do sexless marriages last?

Do you stay faithful in a sexless marriage?

Yes – staying faithful is essential to any marriage. Sexless marriages certainly do not justify infidelity. The temptation not to stay faithful is a symptom of a larger problem – a problem that can be fixed, if you’re willing to do the work. Work on learning what to do in a sexless marriage to improve your connection and rekindle the passion. Then, you won’t be tempted to look elsewhere.

What percentage of sexless marriages end in divorce?

Is a sexless marriage grounds for divorce?

Sexless marriage can be grounds for an at-fault divorce, especially if one partner is purposely withholding sex as a punishment or if one partner wants to work on the issue and the other refuses to seek help. But a sexless marriage can also be the catalyst a couple needs to overcome deep relationship issues and reconnect with one another. Wouldn’t you rather be the second type of couple?

Ready to fix your sexless relationship?

Download the 9 Keys to Passion & Intimacy and start meeting your partner’s needs – and igniting desire.