Dana White’s fight to the top

How Dana White’s vision guided him and the UFC to massive success Posted by: Team Tony

In this episode of the Tony Robbins Podcast, we are bringing you to Business Mastery – where Tony interviews the business leaders behind some of today’s fastest growing companies. You’re going to have a front-row seat as Tony sits down with Dana White, the current president of The Ultimate Fighting Championship (UFC) and the man that took the once-fledgling organization from near bankruptcy to a globally popular multi-billion dollar enterprise.

Outspoken, charismatic and unabashedly unapologetic, it’s fair to say that there are not many leaders of major sporting organizations quite like Dana White. Coming from humble beginnings in the Northeast, his fight to the top was an unlikely one – and nothing short of a roller coaster ride.

Dana talks to Tony about the serendipitous mix of events that catapulted him from the bottom, all the way to the top of the UFC – and the risky decisions he made along the way that led the UFC to its ultimate comeback. Like the decision to embrace regulation instead of run from it, to move away from Pay-Per-View and broadcast fights on free TV and, perhaps the biggest decision of all, the one that changed the face of the sport – to allow female fighters into the organization.

Dana has achieved success on a massive scale – he sold UFC for a whopping $4 billion back in 2017. But his fight isn’t over – and as he tells Tony in this special interview, he feels he hasn’t even scratched the surface of his total impact. 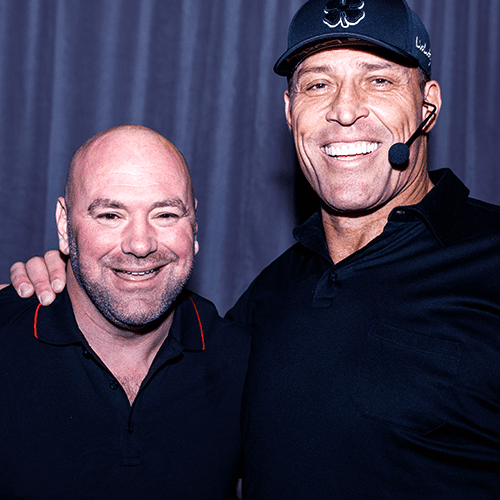 Dana White’s rise to success in the UFC and in life began with a vision. At 19 years old he knew two things: that he was not happy in his present circumstances, and that he wanted to be in the fight business. By knowing exactly what he wanted and how he wanted his life to look, he effectively took control of his situation.

“Every day when I woke up,” Dana says, “I would work toward that goal.”

By having his endpoint – working in the fight business – in mind, everything he did pointed toward it. A vision is a powerful tool; by understanding what you want, you can more effectively create plans and take actions that will bring you to it.

This particular Dana White interview reveals something he’s never shared before: Every day he would walk to work, listening to Tony Robbins’ Awaken the Giant Within on his Walkman to help him power up.

As he moved through the fight industry, he practiced Tony’s modeling technique, learning every detail of the field from the legendary Peter Welsh. “This guy was my sensei in the fight game,” Dana says, recalling the three years of education he received.

Success doesn’t free you from limiting beliefs. Dana learned that the more successful you become, the louder the detractors will be; it’s up to you to recognize negative thoughts that could slow you down or stop you.

For Dana, hearing the naysayers only pushed his core values closer to the front of his mind. He wanted to be in the fight business, and he made it to the fight business. From there, it was just a matter of how much success he could achieve. “Get to a point where you don’t doubt yourself,” he advises. That means trusting in your vision – from there, you can create an extraordinary life. 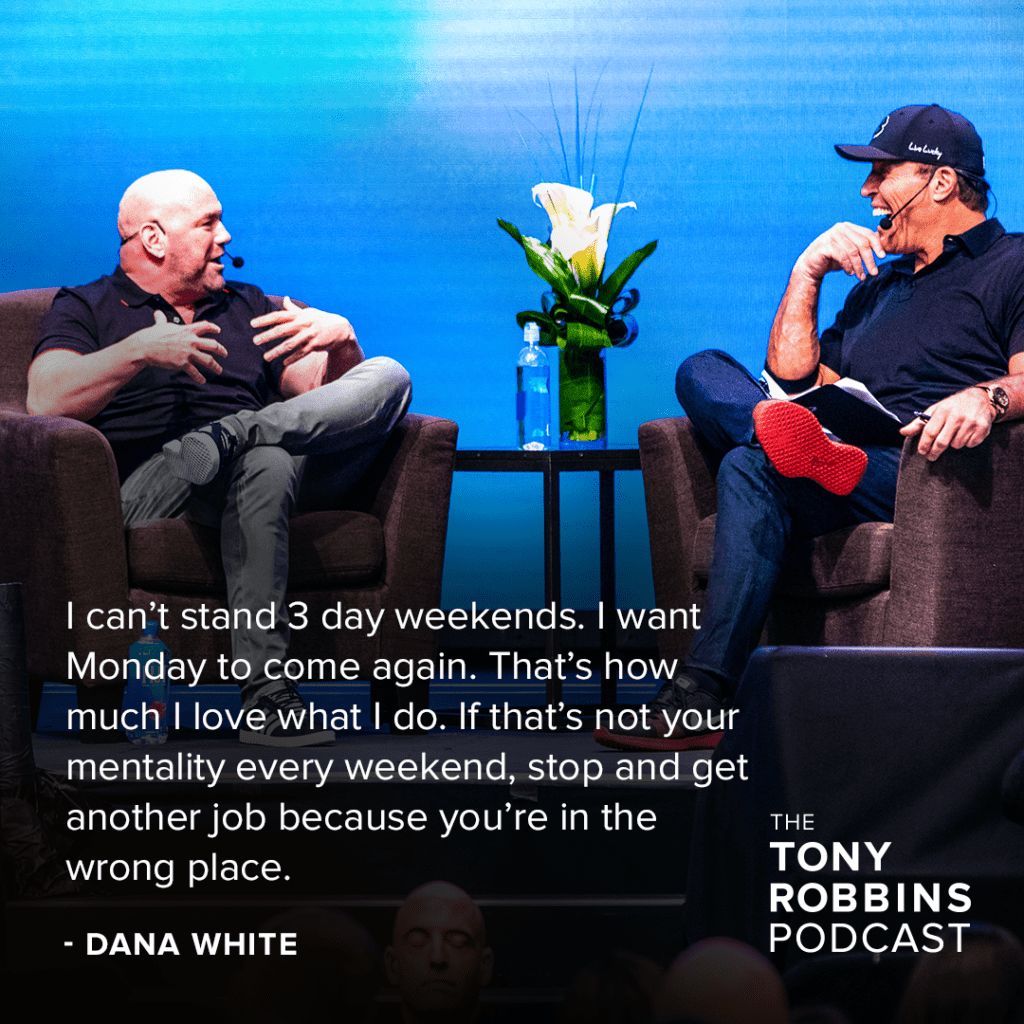