Olympian Shaun White talks about how his defeats have fueled his victories Posted by: Team Tony

There is very little that sheer determination cannot overcome. It can power you past physical ailments and emotional setbacks. It can push you beyond crushing defeat and into the glow of victory.

Just ask Shaun White. Millions instantly connect his name with dazzling international success – after all, he has three Olympic gold medals and holds the record for most X Games gold medals won by a snowboarder. But few people who see his victories know how much work Shaun put into getting to where he is today, or how many challenges he faced along the way. He learned early on that he needed to put in the work to reach the competitive levels he desired – and that is exactly what he did. From pushing past a serious childhood health issue that required surgical correction to understanding what impact his state of mind had on his athletic performances, Shaun has turned would-be roadblocks into minor stops along his path to success.

In this first episode of the Tony Robbins Podcast Peak Performers season, you’ll have a front-row seat as Tony sits down with Shaun White and talks about victories, losses and the competitive drive that has made him a legend.

Who is Shaun White?

Shaun was an unlikely athlete. Born with an actual hole in his heart, he went through several operations when he was just a child. But that hardly slowed him down. He was skateboarding by 5 years old and snowboarding soon after. By 13 he went pro, and began competing in everything from halfpipe to slopestyle, making a name for himself in the X Games. Along the way, every failure or missed opportunity only fueled his competitive drive, and soon propelled him into the Olympics – where the highs and lows not only took a toll, but ultimately helped Shaun become the athlete and man he was truly meant to be.

Shaun talks to Tony about his lifelong journey to becoming one of the most successful snowboarders in history, the uphill battle back from a devastating injury and a massive loss at Sochi, and the ultimate redemption at the 2018 PyeongChang Olympics. They delve into what it means to embrace risk, to absolute the importance of mental and physical fitness and why a single decision can lead you down the path to greatness. 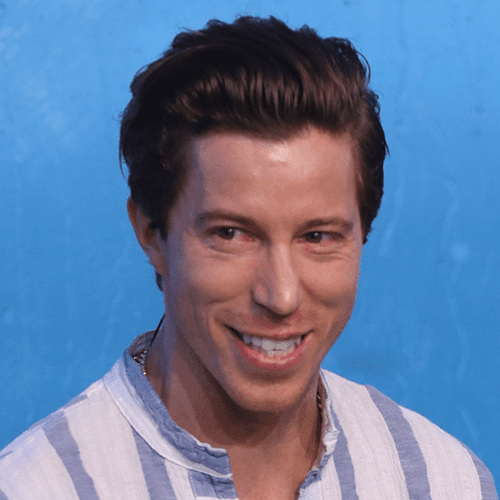 The drive to win

When you think about Shaun White, snowboarding and his absolute dominance of the sport is what immediately comes to mind. That dominance and the competitive spirit that powered it started with his brother, who was seven years older than Shaun and, in Shaun’s words, “beat me at everything.”

Constant defeat might have disheartened other children, but not Shaun. His failures drove him to work harder and keep challenging his brother. He honed that drive over the years, turning it into multiple gold medals, sponsorships and the athletic acclaim he’d always wanted.

Limiting beliefs and the Sochi Olympics

Tony often talks about limiting beliefs and how damaging they can be. Shaun experienced this firsthand at the 2014 Olympics in Sochi, where he failed to win any medals. “I had never been to the Olympics and lost before,” he remarked, adding that the loss prompted him to do a lot of self-reflection.

He compared how he had treated the run-up to the Sochi events to his prior Olympics, and realized that somewhere between the two his mindset underwent a dramatic shift. In the previous games, he arrived on the slopes full of confidence and convinced that he was going to win, and he followed that mindset into victory. At Sochi, though, he thought, “I’m not gonna win. This is awful.”

Through hindsight, he realized those limiting beliefs are what doomed him. “Well, you got what you were projecting,” he said, comparing the loss to a scar from an accident – something that never quite fades away. In the weeks and months after Sochi, he treated the loss like he would treat an actual scar.

But then he realized something that changed his life – that every great moment in his life was preceded and followed by a bad moment. Sochi was his bad moment, which meant good things lay ahead. In that way, every failure drove him to additional success.

That understanding helped Shaun regain his confident mindset. He ended up overcoming injury and tackling the slopes in 2018 – and walking away with gold once again. 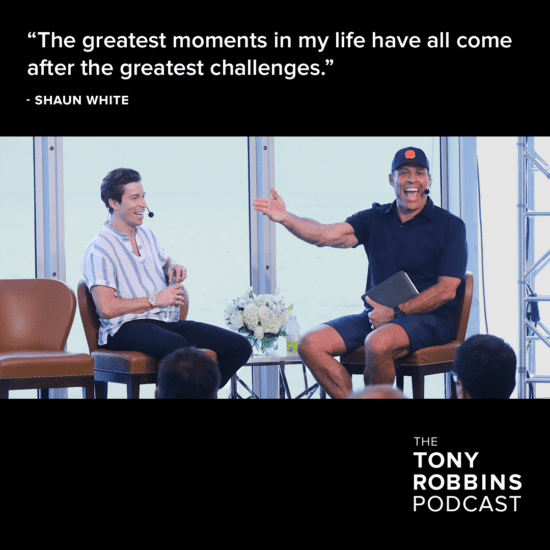