The polarizing highs and lows of one of the most thrilling, controversial and celebrated boxers of all time Posted by: Team Tony

A special note to our audience: This episode contains language and subject matter that may not be appropriate for some listeners.

A lot of famous people are known by just ONE THING: a winning shot in a championship game, saying the wrong word or phrase in a public speech, or even a cameo in a Hollywood movie. You’re about to hear Tony interview someone who has had multiple defining moments that people remember him by.

Mike Tyson is a household name – you might know him as the youngest heavyweight boxing champion in the world, or maybe by his cameo in the movie The Hangover. But he’s far more complex than any of these things alone.

Tony has known Mike Tyson for a long time. In fact, Tony first interviewed him over 20 years ago. They had a powerful conversation shortly after Mike’s highly publicized incident with Evander Holyfield, during a dark time in his life. You’ll hear Tony reference this conversation several times throughout the interview.

You’ll also hear Mike open up about his childhood, which was marked with violence from the start. He grew up in Brownsville, a crime-infested neighborhood in Brooklyn, where bone-crushing street fights made self-defense a necessary evil. After being discovered by boxer Bobby Stewart and training with the legendary Cus D’Amato, Mike quickly emerged as “Iron Mike Tyson” – the self-proclaimed “baddest man on the planet” and the undisputed heavyweight champion of the world.

People think that when you succeed, the world is your oyster. But for many people that is not the case – including Mike, as well as many other celebrity athletes. His rage and madness in the ring that won him so many matches eventually caught up with him. Outside, in the real world, there were severe consequences. He was convicted of a felony, went to prison, lost his fortune, and spent years battling addiction to alcohol and drugs.

But the man you’re about to hear in this episode is completely different than the one he used to be. He’s sensitive, remorseful of his past, and grateful for where he is today. He’s vulnerable. In fact, you’ll even hear him get emotional as he talks about his relationship with Cus D’Amato, a man who not only coached him to greatness, but also served as a father figure to him.

Today, Mike’s life has a new meaning. It’s a life fueled by love – not hate. He’s in pursuit of wellness, for both mind and body – and is focused on creating balance, mindfulness and a strong spirit. He’s a true example of perseverance, despite all that stands to dissuade and dissolve it. 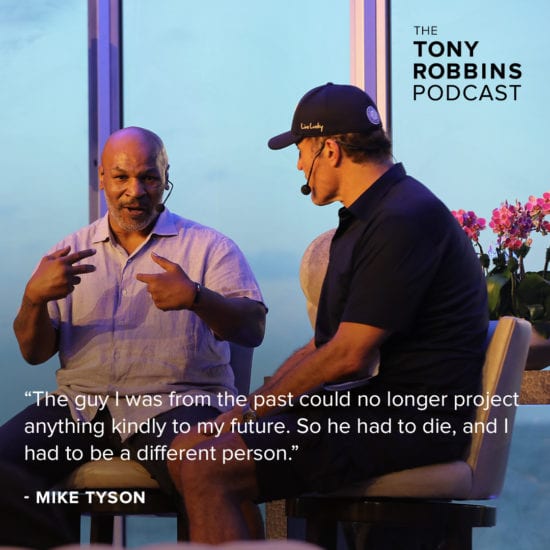