Home » The Tony Robbins Blog » Mind & Meaning » What are you afraid of?

What are you afraid of?

How your brain creates fear – and how to overcome it Posted by: Team Tony What makes us afraid? Snakes, the dark, rejection, love, spiders, the unknown, public speaking, flying, storms, failure — though the reasons are varied, we are all hardwired to feel fear. Or are we?

What about people who never seem to be afraid? Or the small percentage of the population that literally cannot feel fear? Why are there kids completely unafraid of taking risks and then others who seem afraid of everything?

Fear’s purpose is to keep us from harm, but what if it holds us back from what we really want?

The biology of fear

First, some facts: There is no single fear switch for humans; responding to threats involves multiple areas of the brain. We’re not 100% how, but scientists have found the amygdala—almond-shaped bundles of neurons buried deep in the brain, just above the brain stem—central to the process.

“When you sense something potentially dangerous, the amygdala sends excitatory signals to other parts of the brain, effectively saying, ‘Hey everyone, pay attention!’” says Bambi DeLaRosa, a researcher on threat processing. The areas of the brain associated with language and memory also become active in the face of fear. If the amygdala sounds the alarm, the other areas help evaluate the threat level and how you respond.

But people with the extremely rare Urbach-Wiethe disease have calcium deposits in their brains, making it impossible for them to process fear. Studies have found their amygdala completely calcified, so there’s nothing to signal for fear signs like sweating palms or a racing heart to begin. Researchers have identified only 400 people in the world with this condition.

What’s particularly striking about Urbach-Wiethe is that fear has long been critical for human survival, so living without fear can be quite dangerous. Studying subjects with this condition has also given us insights to how we deal with emotions and drives. Since people can survive without fear, perhaps it isn’t as necessary as we’ve assumed. Other paths, like logic, can take us to the correct behaviors that help us survive. 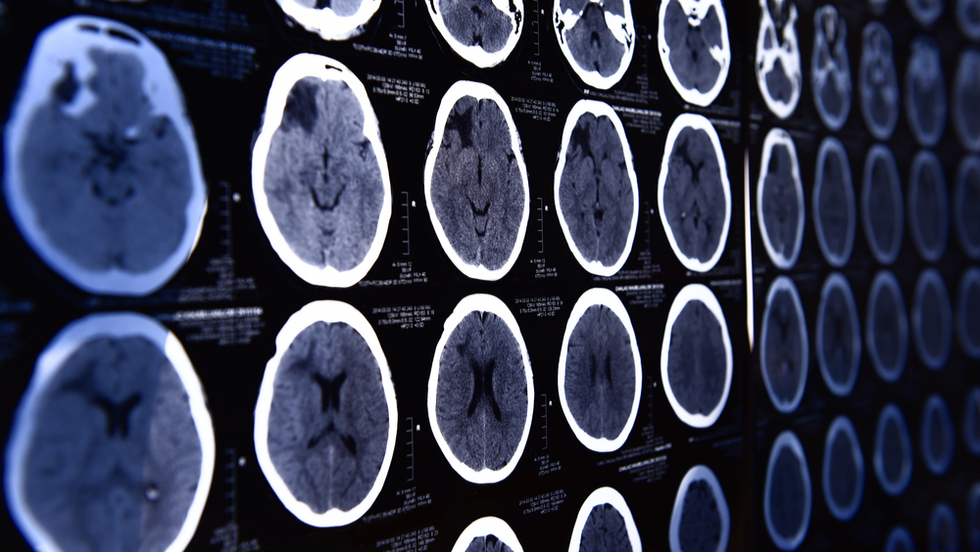 So what triggers fear in the first place? One possibility is simply not understanding how something works. But we can’t stop fear just through knowledge alone. A 2009 study compared human reaction to sweat taken from people when they were terrified to sweat from regular exercise. Just smelling the fear sweat caused the fear centers of the brain to kick in. Other animals also share fear reactions via alarm pheromones, but this work is the first to show a similar reaction in humans.

These findings suggest that just being around people who are afraid can make you fearful. And while that might not be a big deal when you’re visiting a haunted house or watching a scary movie, it can have huge impacts on your daily life. Our reactions to others’ fear might be part of what holds particularly adults back from taking risks or trying new things, whether skydiving or applying for a new job.

Psychological studies also bear out this idea of collective fear having a wider cultural impact. In the 1970s Roger Hart studied in the children in a small Vermont town to see what they did when they weren’t under direct adult supervision, learning about their secret places for play and favorite spots where they roamed. He returned in 2004 and found a completely different set of norms. These parents, some of whom were subjects in the 1970s research, are much more concerned with the minute-by-minute facts of their children’s lives. Unsupervised play is almost unheard of and children stay much closer to home. Yet crime rates are exactly the same as they were 40 years ago. “There’s a fear” among the parents, Hart told The Atlantic, “an exaggeration of the dangers, a loss of trust that isn’t totally clearly explainable.”

But if you’re surrounded by others who aren’t afraid to let their kids roam around, chances are you won’t be either. There is power in who we surround ourselves with as well as how our culture shifts its norms. As Tony Robbins says, “Who you spend time with is who you become.”

This is just one example of how fear often comes from the stories we tell ourselves; we bet you can think of more. Frequently parents project their own fears onto children or get them to repeat their own fear-driven patterns. Other stories we tell ourselves can lead us to fear everything from rejection to success. What then can we do to prevent fear from holding us or our children back?

You need to use fear, otherwise it uses you. Remember, bravery isn’t being fearless and unafraid; it’s being fearful and doing something anyway. Ways to use fear include figuring out what your fear tells you about your current situation and what it can teach you.

One way people handle their fear is to push themselves to face extremes, whether climbing mountains or walking over coals. Just take the firewalk at UPW. Instead of letting fear win, people lean into their fear and find they can achieve anything they put their minds to. As an 11-year-old firewalker explained, you have to mentally prepare for the experience, “otherwise you surrender to the fear and that will conquer other parts of your life.” Fire walking made him feel like “Superman”; “It had nothing to do with my feet but was about following through on a promise.”

No matter your age, you’ll never overcome a fear holding you back by walking away from it. Take courage and focus on what the fear will bring your way and you’ll be truly unstoppable.