Empowering beliefs to live by

Nothing in this world is so elusive yet so powerful as our beliefs. They have the power to dictate the direction of our lives, for good or bad, and they seemingly come out of nowhere.

But the thing is, they actually do come from somewhere. So where do your beliefs really come from?

Simply put, they are developed as a child and stick with you (like glue!) into adulthood.

Most people are completely oblivious to the power that their own thoughts have. Beliefs carry emotion, and emotion turns to action. Those beliefs then influence the way we live. Whether you hold negative or positive beliefs about relationships, finances or your own abilities, they all carve out the path that is your life.

That’s not to say that you’re stuck with the limiting beliefs you developed as a child. Negative beliefs can be changed; all it takes is digging a little deeper. And in doing so, you can change the course of your life for the better. Here are the steps to change negative thoughts into empowering beliefs:

Step 1: Evaluate the tone of your belief system

Is it good or bad? In other words, do your beliefs hold a positive or negative connotation? A positive belief system gets someone like Oprah Winfrey, an African-American woman who grew up with very limited resources, to excel in an industry traditionally dominated by Caucasian male broadcasters. A destructive belief system keeps a person in a job they hate from ever trying to leave. When you take a step back and really think about it, how are your beliefs affecting your life? Do you have any negative beliefs lingering in any of these areas? If so, it’s time to turn them around. Take a moment to evaluate your outlook on the following:

What are you telling yourself that you can or can’t do about your relationship to these areas of your life?

Step 2: Turn your negatives into positives 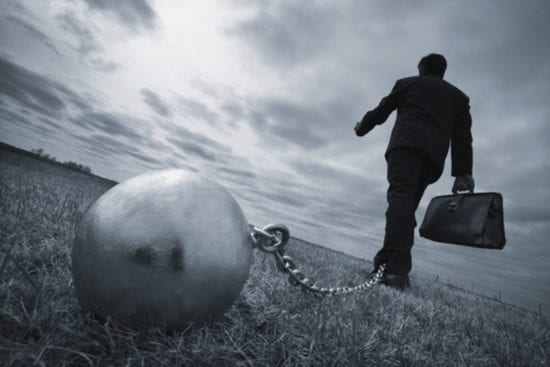 We have no limitations in life. The only limitations we have are the ones we place on ourselves. Think about your negative outlooks from these areas in the first step. Now, ask yourself, is that true? For instance, you may believe you can’t go any higher in your industry. But is that really true? When you reframe your thinking to a series of empowering beliefs, you’ll find that you’re most likely making excuses. It’s usually not about a lack of resources but a lack of resourcefulness. Maybe you haven’t pushed hard enough. Maybe you’re not putting in the time it takes to advance at work. Maybe you need to change your approach.

If your belief is that all men, or all women are a certain way and for that reason, you can’t have a successful relationship, you may need to prove yourself wrong by asking yourself, can that really be the truth? Likely, it won’t be. If you think about your negative beliefs deep enough, you will find that they likely hold no merit.

A positive, firmly-held belief system can win a lot of attention.

In the fall of 2014, an energetic wide receiver for a Texas high school football team nearly blew the microphone out of an interviewer’s hands with his impassioned beliefs. Apollos Hester had just helped his team eke out a one-point victory over their opponents.

The video reveals a footballer-on-fire about how he and his teammates came back in the second half of the game. While really it’s just a young man thrilled by a close game that could have gone either way, the video has gotten more than 10 million YouTube views at the time of writing, indicating just how much people long to hear his message.

Reading the words here is a sorry comparison to the footage, but if you don’t get a chance to watch it, some of his best statements are:

“You’re going to be successful because you put in all the time all the effort all the hard work, it’s going to pay off and if it doesn’t pay off, you continue to give God the glory. Win or lose, we realized we were going to be alright. It was awesome.”

“We started slow, because sometimes you start slow. Always finish fast and hard.”

“It’s a mindset. You can do anything you put your mind to. If you can’t get up, people are there to help you up: mom, dad, God, everybody.”

Which beliefs are you ready to drop? Which will you adopt?

All personal breakthroughs begin with a change in beliefs. If you want to start the journey toward building the creative belief system that spurs you to positive actions, positive relationships and positive decisions, consider treating yourself to a total immersion in the principles that empower you to change.

Your beliefs become your thoughts, which eventually become your actions. Do you want to live in a way that showcases your negative thoughts, or your empowering ones?