What the hit musical “Hamilton” teaches us about timeless values & identity Posted by: Team Tony

By this point, you’d have to be living under a rock not to hear about the Broadway sensation –  “Hamilton.” It changed all the rules. A hip-hop musical about the life of Alexander Hamilton and America’s founding fathers, in 2016 alone, the show received 11 Tony Awards, including best musical, and 16 Tony nominations, the most in Broadway history. It’s also won the Pulitzer Prize for Drama, 7 Laurence Olivier Awards is 2018, and a Grammy Award.

Hamilton is a financial success as well – as the New York Times reported, the blockbuster musical was taking in an estimated $100 million per year, putting it on track to reach $1 billion in a decade. The musical is breaking the national bounds of New York and is officially making its Australian premiere at Sydney’s Lyric Theatre in 2021.

Writer and star of “Hamilton,” Lin-Manuel Miranda’s own story, who grew up in a Puerto Rican family living in New York City, reflects everything we love about the American Dream. When invited to perform at the White House in 2009, he could have pulled something from his previous Tony-winner “The Heights.” Instead he performed a piece from his work in progress about someone he thought embodied hip-hop: Treasury Secretary Alexander Hamilton, a figure he also says reminds him of Tupac Shakur, the West Coast rapper shot to death in 1996.

People laughed. Now they can’t wait to get tickets. In fact, the cast now performs a mini-show for the lines of people trying to get rush tickets each day. One of their most commendable Taking risks pays off.

Lessons we can take from Lin-Manuel Miranda’s “Hamilton: The Revolution”

There are quite a few lessons that the famous play “Hamilton” teaches us. Here are just a few.

It’s okay to cause a disruption.

Speak out and get loud! Miranda captures the unyielding ambition of the young Hamilton, desperate to achieve greatness in spite of his humble origins. Don’t let people suppress the issues that are important to you. Fortunately for us, there is a simple framework that can guide all of us to not simply survive, but to lead the charge in innovation – and thrive.

“We push away what we can never understand; we push away the unimaginable.” ― Lin-Manuel Miranda, Hamilton: The Revolution 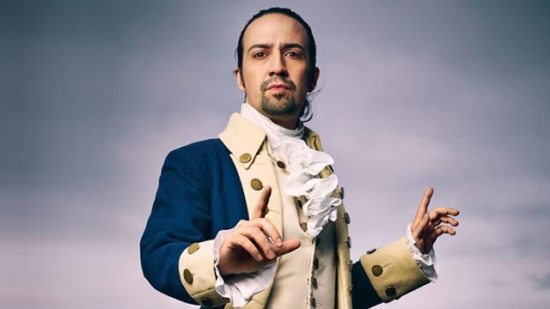 Don’t throw away your shot.

A recurring theme throughout “Hamilton” is Hamilton’s assurance that he is “not going to throw away his shot.” A general feeling of dissatisfaction with one’s achievements, whatever they may be, will provide the motivation to innovate and create. We learn that overcoming your fear of failure will be the first step to achieving your ambitions. In some situations, waiting is the only option, but if you find your opportunity to be a force for good in the world, make your decision.

“We can do, have and be exactly what we wish.” — Tony Robbins

Be a Force for Good.

Hamilton died early in his career, he never got to see the full impact he made in the American government. He received little recognition for how much he did until just recently in our understanding of our history. Humility is something that, if practiced more, could have helped countless entrepreneurs. As Tony always says, “The secret to living is giving,” and Hamilton shows us just that by both admitting to his wrongdoings and progressing his nation in ways no one had the courage to do.

“You have no control. Who lives, who dies, who tells your story.” ― Lin-Manuel Miranda, Hamilton: The Revolution

“Hamilton” transcends boundaries, and it is loved by liberals and conservatives alike. “Fabulous show!” says Rupert Murdoch. It also shows us how American values of freedom, democracy and going after your dreams have been around for centuries.

This story is truly “about the mutability of identity in American history. The players change, the story stays the same,” says The New Yorker. Or in the words of the song “My Shot”: “Hey yo, I’m just like my country / I’m young, scrappy and hungry.”

Yet another reason to stay hungry this fourth of July.

How to tell a good story

How to motivate others