What lasting growth and success really mean in sports and business Posted by: Bethany Qualls

“I love making history,” Serena Williams told Harper’s Bazaar UK. Even though she lost to Angelique Kerber at Wimbledon 2018, her tennis ranking has soared back to 11th in the world, up from 15th the previous season. But rankings aside, you’d be hard-pressed to find anyone disagreeing that she’s one of tennis’s greatest of all time.

In fact, statistics are just part of Serena’s story.

“She lost Wimbledon, but she [actually] won,” her agent Jill Smoller said. “Because 10 months ago, she was almost dead. [Then] she gave birth, and now she’s playing in a Wimbledon final” about 6 months ago.

Serena looks to keep surpassing herself with her accomplishments. So how does her mindset of a champion translate from sports to business settings? Here are 6 ways you can be a business leader like Serena, even if you’re not the 🎾🐐 (that’s the tennis GOAT or Greatest of All Time).

“Repetition is the mother of skill,” Tony Robbins says. The importance of rituals – whether that’s how you start your day or what you practice every day – is that they condition us into certainty. Doing something over and over means you stop thinking about it, making the action second nature.

In business, constant optimization means you need a routine that focuses on your desired outcomes and the steps to get you there. Whether doubling your lead generation or sales conversions, increasing profits or other goals, having tangible outcomes and a plan to get there is a must. A smart routine looks something like this: understand where you are, create goals, plan and then execute strategies to reach your goals, evaluate progress and then adjust if needed. A company culture of constant improvement makes for a surefire winning routine that will last for the long haul. 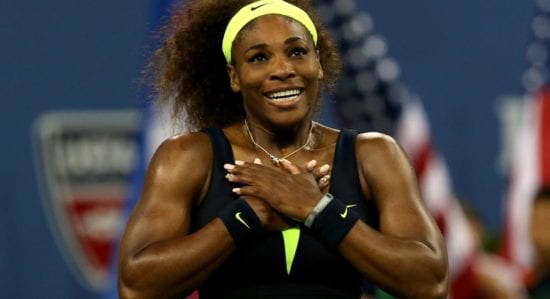 2. Change the rules to reflect today’s reality, not yesterday’s

Serena won the Australian Open in 2017 while two months pregnant. She could easily have decided to call her career at age 36 and retired to rest on her laurels. But instead, she’s amplified a conversation about how mothers returning to the court should be treated and helped change the U.S. Open’s seeding protocol. Now players who have taken pregnancy-related breaks from the game won’t be penalized for the absence, making the process more similar to a CEO taking leave to have a baby: when she returns to the company, she doesn’t start over at the bottom. (Serena’s 13-month hiatus from the game saw her ranking slide from No. 1 in the world to No. 454 simply because she wasn’t playing.)

As tennis careers get longer, more women will likely have children before they retire, such as the six women playing singles this year’s Wimbledon, including Victoria Azarenka and Evgeniya Rodina. Understanding changes like these are equally key for business owners to stay ahead of their competition. You need to anticipate changes in the culture, like the shift to digital streaming for movies and music instead of owning physical copies, as well as changes in your clients’ lives, like parenthood (just two of Tony’s seven business triggers). If you play by yesterday’s playbook, you’re sure to lose.

3. Own what makes you (and others) great

During a Wimbledon press conference, a reporter asked Serena if it’s hard being “the one to beat” because everyone who plays her brings their A-game to the court. “I’m glad someone admitted that,” Williams responded. “But yeah, every single match I play, whether I’m coming back from a baby, or surgery, it doesn’t matter, because these young ladies bring a game that I’ve never seen before.”

“That’s what makes me great. I always play everyone at their greatest, so I have to be greater.”

Whether it’s recognizing Roger Federer as a fellow GOAT or calling out journalists who gave her grief on her performance, Serena refuses to apologize for her success. She acknowledges competitors without tearing them down, using her platform to amplify success across the board.

“Even if my goals are outrageous, totally insane, I’d rather reach for the sky,” she’s explained. Serena understands that celebrating success helps you become even more successful. That her accomplishments as Serena Williams on the court translate into other successes off of it. The same goes for you and your business: create a cycle of success and you’ll be able to tap into infinite potential. 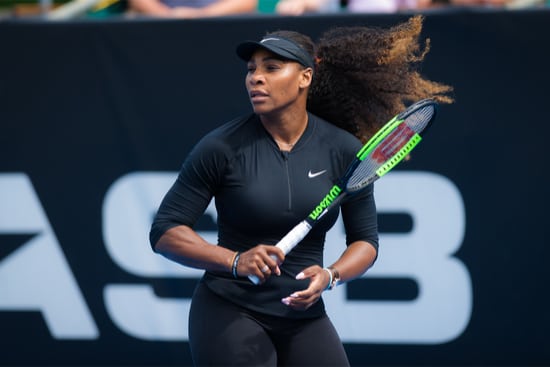 Smart investors know the importance of diversifying. So does Serena. Besides her over $86 million in career prize money and slew of endorsement deals, she’s started a fashion line, invested in multiple companies, started philanthropic initiatives and produced an HBO series called Being Serena. Not only is she building her brand beyond tennis, she’s also worked to make a money machine that’s working for her 24/7.

5. Know that winning isn’t everything, even as you keep winning

Despite all her titles and fame, Serena also understands the secret of true wealth: being able to live in freedom. After she almost died giving birth, she turned the experience into a way to advocate for others, urging people to support UNICEF’s efforts to improve conditions for women and newborns across the world.

“I had to have multiple surgeries, and I almost didn’t make it,” Serena said of her post-delivery trauma. “I remember I couldn’t even walk to my mailbox, so it’s definitely not normal for me to be in a Wimbledon final. So I’m taking everything as it is and just enjoying every moment.”

6. Understanding Why You Are the Way You Are

This tennis superstar, and mother of 2-year old daughter Alexis Olympia, credits her inner wild child as her driving force on the road to becoming a 23-time Grand Slam champion, mentioned in her interview with ABC News’ Good Morning America for Mother’s Day.

“For me, being wild is about showing your curiosity, which I find to be very important in discovering who you are,”

As she grows in her career and influence she keeps her #1 human need in mind – with this understanding, she is able to take control over her life’s direction and inevitably lead herself to lasting fulfillment. By embracing her #1 human need of Variety, Serena is able to make empowering, positive shifts. Recently, Serena partnered with Pampers to help other Mothers embrace their own “inner wild child” in a new program called “Born to Be Wild.”

“Serena embodies what it means to be active and spirited, and is instilling this in her daughter – which is why we are so excited to welcome her to the Pampers family to help show everyone that what some may see as wild, we see as a naturally active and growing child.” said Andre Schulten, Vice President and General Manager Baby Care North America, Procter & Gamble.

Serena’s mastered the science of achievement along with the art of fulfillment, finding joy in her daughter, family and friends, as well as continuing to give wherever she can.

Bethany Qualls is a writer and researcher with a background in journalism and editing. She’s written on everything from handmade ceramics to translation localization, taxidermy to finance, though frequently not under her own name. Her passion is to help people harness the power of words, no matter the context.