Nepotism in the workplace

Is it nepotism, or a smart hire? Posted by: Team Tony

Nepotism is the practice of showing preference toward family or friends, and often rears its head in the workplace when a higher-up at a company selects someone they know for a new position or promotion. Many people tend to cringe when they hear the word nepotism. You may picture companies bypassing strong applicants for a position in favor of relatives who can’t do the job. Those relatives promptly take advantage of their position, taking much, giving little and generally poisoning company culture.

Despite this negative connotation, nepotism in the workplace is a common practice in the business world. It occurs frequently in large corporations, non-profit organizations and small businesses. While this hiring practice is usually viewed in a negative light, it can have numerous benefits.

The classic nepotism definition – the favoring of people you know for particular roles, instead of casting a wide net and interviewing many applicants – can help build a team that works. It can help create a stronger, more sustainable business model in the long run – if the people you favor and hire are in fact the right ones for the job.

Is it nepotism in the workplace… or ensuring a legacy?

Nepotism often provokes the image of a “good old boys” network where powerful executives bring in unqualified buddies or relatives, resulting in corruption and other issues. When utilized properly, it can be a way for small business owners to create a legacy as large corporations continue to swallow up independent companies. When someone hires family members to work in the business before turning it over to them, nepotism in the workplace transforms into on-the-job training for future owners. Rather than leaving the business to children who have no knowledge of the business’ inner workings, the owners can groom the next generation and ensure they are up to the task.

Hiring friends can also have its benefits. You know your friends’ strengths and weaknesses and can help capitalize and manage those from day one. When you hire someone you don’t know, you are relying on their résumé and what you learned about them during the interview, which can be unreliable ways of getting to know someone. It may take weeks or months to truly understand your new hire’s nature and adjust accordingly.

When making a case for or against hiring a friend or family member, it’s helpful to step back and look at things from a distance. By examining some examples of where nepotism in the workplace has gone wrong, you can better understand why your employees might be nervous about it.

Taking on an individual who is unqualified (and may not even have the background necessary for the role) will cost you time and money. If this person is not a quick learner, your staff will end up covering for them – first explaining things over and over, then eventually taking on the tasks themselves when no action is taken against this hire. This will distract them from their own work as well as build resentment toward the company for keeping on those who can’t pull their weight.

The CEO hires a friend or relative for a high-powered role at a company where workers are expected to be at their desks and working by 9 o’clock every morning. This individual shows up first at 9:15, then 9:30 and then finally starts rolling in around 10. Everyone else is still held to the 9 o’clock standard. No discipline occurs; if the CEO notices the tardiness they don’t seem to care.

This treatment can also include perks that other employees at the individual’s level don’t receive, like a larger spending stipend or the power to accept and veto projects.

Many employees fear that a “Friends & Family” hire will impact their own efforts to move up in the company. If they are up for a promotion and their competition is a close friend or family member of the CEO, they may simply assume that the relation will receive the promotion, and not even apply for it. This robs the business of talented potential leaders you could have otherwise nurtured.

If a business owner hires a friend or family member who has some measure of emotional control over them, they can be manipulated into doing things that aren’t in the best interest of the company. This could include growing too quickly, making policies that don’t take the rest of the employees’ well-being into account or allowing a toxic organizational culture to develop. When nepotism results in manipulation, it can mean the end of a business.

Developing a culture of innovation is crucial to growth and ensuring a business is not disrupted by others in the industry. Nepotism in the workplace can sometimes result in a large core of a business sharing the same thoughts and beliefs and not encouraging out-of-the-box ideas. Having a team that is a mixture of different backgrounds, cultures and ways of thinking keeps the workplace fresh and encourages innovation while nepotism can lead to stagnation.

Some recent examples of nepotism in politics are Donald Trump putting his daughter and son-in-law into advisory roles during his 2016 presidency and John F. Kennedy nominating his brother as attorney general. In the business world, Rupert Murdoch’s son, James, has attained a powerful role thanks in part to his father, while much of the Walton family has been involved in the running of Wal-Mart. Some of these nepotism-driven appointments have worked out, while others remain a question mark.

Why you should hire someone you know

You may want to hire a friend or family member because you’re aware of their weaknesses and strengths, as well as their potential – particularly when compared to candidates you’ve never met. Odds are you already know whether you can rely on them when it comes to sensitive information and confidential aspects of your business.

Families often share core values and belief systems, which translates easily to sharing a company mission statement. If your business is small and family-run, then the friend or relative you have in mind for the role may also have a good idea of their role and function. This means reduced training time and expenses when they’re brought on board. They also likely have a vested interest in seeing you and your business succeed – after all, they’re like family (or are family), and in that sense it’s already likely their business, too.

The dangers of nepotism in the workplace

Nepotism can help your company flourish when you make a good hire. Those who hire friends or family members may say they’ll treat them just like every other employee, but this is usually easier said than done; imagine trying to discipline your niece or nephew when they show up to work late or complete a task incorrectly.

It doesn’t matter what sort of job qualifications the person you hire possesses – people tend to believe that favoritism is at play whenever a relative is hired. The whispers of “nepotism” frequently get louder when it comes to hiring for upper management and director positions. If your employees believe – rightfully or not – that they are being overlooked in favor of an undeserving  family member, they won’t be happy at work and will begin to look for other opportunities where they have a chance for advancement. Even worse, they’ll stay at your company and become toxic employees who ruin the culture with their negative attitude. This sort of situation can start a ripple effect of resentment and frustration throughout the company, impacting both the performance of other employees and your ability to retain them.

Why you shouldn’t hire a friend or family member

There are indeed situations where someone close to you, despite being vouched for, did not meet expectations. The promoted individual might have the appropriate skill set and some experience, but they’re not guaranteed to excel in the position. This happens every day in the workplace – people just don’t work out in particular roles – but when you’re hiring friends or family members, the person’s failures are quickly tied to their connections.

When a family member isn’t working out well in a role, you’ll face frustration from your other employees and from the person you promoted. You want to create an internal raving fan culture for your employees, not one of resentment. If your company doesn’t already have a solid core of dependable, dedicated team members who believe in you and the work you do, nepotism – especially if it involves a family member underperforming – can have disastrous consequences.

Do you have a position to fill and are considering bringing on a close friend or family member? To ensure your nepotism doesn’t backfire, you should make sure the relationship is on solid ground first, then set expectations for your new hire. Make sure you both understand that if the position doesn’t work out, they will be let go and that it will not damage your relationship outside of work. Tell them they will be treated like everyone else in the company and put them through the same training and probationary period as your other employees. Finally, be transparent with the rest of your team. Tell them you are hiring someone you have a personal relationship with and that if anyone sees negative effects of this nepotism, they should bring their concerns to you.

Whenever you hire someone, be it a family member, friend or total stranger, take the time to really make sure they’re the right fit for your brand. Maintaining a supportive, healthy company culture is critical to the happiness of your team and the continued success of your business. 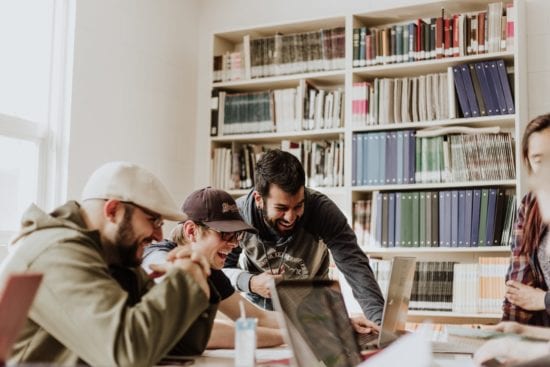